A Virtual View of the Rice Business Plan Competition

Last week, the Rice Alliance for Technology and Entrepreneurship hosted the 20th edition of its annual graduate-level student business plan competition. The event is internationally recognized and is billed as the richest and largest event of its type.

Forty-two teams from across the US and several international universities qualified from over 400 that applied. Prizes worth over $1 million in cash and business services were up for grabs. 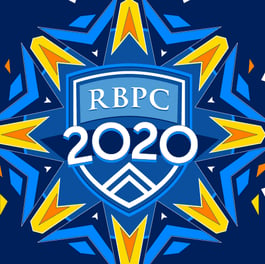 For the first time, however, the proceedings had to be run virtually, with pitches given in cyberspace rather than the usual pressure-packed cauldron of the Shell auditorium and surrounding classrooms at the Jesse H. Jones Graduate School of Business.

Melanie and I had the pleasure of being judges for the overall RBPC competition as well as for the Houston Angel Network investment prize. Here are some of our comments and observations after this ground-breaking experience.

We’ve attended many RBPCs over the past decade and it’s always entertaining, nerve-wracking, and occasionally cringe-worthy to see brave entrepreneurs step up to the mic and give their pitch.

Some get through it okay, with only a few noticeable nervous glitches. A few absolutely kill it, delivering with the aplomb of a TV news anchor. And then there are those whose eyes suddenly go wide like the proverbial deer in the headlights…

Seeing how those presenters respond when their brains have temporarily gone blank and hundreds of pairs of anxious eyes are trained on them is one of the reasons we love events like this.

On screen it just wasn’t the same.

The first round, which features one-minute elevator pitches (think: how you’d explain your business to someone when you only get to ride a few floors with them in an elevator), was prerecorded.

Later rounds were held live via Zoom, but the presenters were still talking to a camera in their office or home. Don’t get me wrong – they did a great job. Delivering an effective pitch takes preparation and practice. It just wasn’t the same as seeing the gladiator do battle in front of an expectant, judgmental crowd.

Kudos to the Rice team for stitching together video, live feed, Zoom meetings, and Q&A time with the judges. We’ve all honed our virtual meeting skills these past few months but still waste time every day getting the tech to work, so it was impressive to see you pull off an event of this scale with only minor hiccups.

This is definitely an aspect that will always be better when experienced in person.

By far the biggest shortcoming of any virtual event is the overall lack of interaction.

Gone are the random encounters while getting to and from the venue, sidebar conversations over sub-par coffee, and the opportunity for spontaneous business development.

Let’s be honest, even the most altruistic and philanthropic among us are also at the event to get our name out, make connections that help generate future business, and catch up with friends and former colleagues.

We’ve seen some virtual conferences attempt to address this with “breakout” sessions, but it still feels artificial. While we missed having networking sessions as part of the programming, I’m not sure that virtual breakouts would have been the answer.

Figuring this out is a big opportunity for entrepreneurs in the virtual events and community space!

While the judging and scoring process was very similar to previous years and capably handled by Poetic Systems’ scoring app, the overall judging experience was diminished in the virtual format.

The reduced format meant we only got to see pitches by teams in our first assigned flights and the finals. For a group of judges, such as our Houston Angel Network cohort, this meant our ability to rank teams was constrained by the rooms to which our judges had been assigned.

We missed having more than one first round followed by semi-finals before heading into the final round of pitches, by which time everyone was no doubt exhausted and running on adrenaline.

Second, the Q&A opportunities were limited.

In the first round, we could raise a virtual hand and ask questions over live audio. But, with only a few minutes of total Q&A time – of which a chunk was lost to people searching for the un-mute button – we only got to ask a fraction of our questions.

In the final round, questions could only be posed via the chat window and judges names weren’t mentioned when the moderator relayed questions to the team. Good for timing and keeping the dialogue flowing, but it made the process feel anonymous for judges.

It was always going to be difficult to come close to matching the live experience. Great visibility for the teams but underperforming in terms of return on time invested for the judges. Perhaps having more than one initial round, even if it is virtual, would help. And, allowing more time for Q&A would provide a buffer in case of any technical issues.

One area where the RBPC never fails to amaze is the quality and diversity of ideas and teams on show.

Since the application and vetting process was completed long before COVID pushed the event back on the calendar and into virtual format, we expected the teams to be just as impressive as in previous years – and we weren’t disappointed.

There were clear winners in each flight, in our opinion, and at least a dozen teams deserved a place in the seven-team final.

We each have our biases and preferences when it comes to what makes the most investable opportunity. Our shortlist of potential winners lined up reasonably well with our fellow HAN judges and, it turned out, with the main event judges’ scores, but, as always, there were a couple of headscratchers.

This is why prizes – like contracts and other major appointments – should always be awarded by a diverse panel!

We were very impressed with (in alphabetical order):

But when it came to picking an overall winner, we were in total agreement with the judges at large.

The Aurign team, from Georgia State University, gave an outstanding pitch for their music tech solution that combines AI and blockchain to help artists gain control over the ownership of their music and collect the royalties they are owed.

Overall score for the startups that competed: 9/10. This was another strong line-up and the RBPC upheld its reputation for attracting top-quality graduate-level student teams from around the world.

It’s difficult to replicate in virtual format an event that relies heavily on conversations and networking. The mechanics of pitching, judging, and handing out prizes are still there but the energy, spontaneity, and serendipity are lost.

While we can imagine a virtual (reality) solution sufficiently immersive that it truly emulates the milling around and mixing of the in-person original, it doesn’t seem likely we’ll all be meeting and judging there anytime soon.

And if the 2021 competition is still impacted by COVID (or the social waves it has created), hopefully the organizers will have learned a great deal from this year’s excellent first effort.

There have to be ways of creating more interaction between teams, judges, and investors, to give us more of the bustle and buzz that we loved so much about the original format.

Congratulations to the organizers on making the best of a very tricky situation.

Thank you to the sponsors who make this such a prestigious event.

And hearty congratulations to ALL the teams who competed. We look forward to seeing the positive impact your ideas have on the world.