My History with HubSpot

It recently occurred to me that I've been using HubSpot for longer than almost any other software platform in my toolbox. Reflecting on that journey made me smile at how far the technology – and my martech skills – have come. It also made me think about why I'm still such a HubSpot fan all these years later. Here's a summary...

I started a new job in the fall of 2012. On my first day, the company went live with HubSpot CMS and marketing automation.

This was a few years before HubSpot introduced their CRM, so we used a third-party integration tool to connect HubSpot with our CRM. I find it fascinating that CRM has now become the entry-point for so many HubSpot customers. And, do I ever wish that had been available eight years ago!

Marketing automation was still relatively new. The last place I worked in 2010, before completing an MBA, would now be considered "martech"; we did email marketing (think: newsletters and e-blasts) but we didn't have a CRM. A database, yes, but not a CRM.

So, on that first day in my new job at a startup-sized company, I became the owner of HubSpot and the CRM – essentially our marketing tech stack.

During the first few months, I really didn't know what to look out for. The sync between HubSpot and our CRM would break fairly regularly, so anytime we needed to send a mass email, I would export our contacts from the CRM and import them into HubSpot. Problem solved, right? Nope!

At the time, HubSpot was an automation tool that could only handle one email address per contact record. Our CRM, on the other hand, could accommodate more than one and many people in our database had multiple. The CRM exported our contact records, separating each email address with a semi-colon. When I imported them – unawares – into HubSpot, it created legions of duplicate records. I had a big cleanup task on my hands once I realized what was going on!

In 2012, there wasn't an 'easy button' to click that would automatically send out a previously prepared email.

When we were planning an event for 700+ attendees, we needed to send invites on an ongoing basis as new contacts were added. This meant setting up a whole new email campaign for each batch of invites, even if it was only going to one or two people.

Thankfully, I figured out a workaround that even impressed the folks at HubSpot Support – a major bragging point for me!

Today, it is super straightforward to automatically send an email to new contacts as soon as they are added to the corresponding HubSpot list.

As a small organization (a startup accelerator), we relied heavily on college interns to help manage numerous initiatives, especially in marketing.

With minimal training, our interns were able to log into HubSpot, make updates to our website, and take care of many other "operational" changes. I can't think of many other software tools where this would have been possible.

Today, prevailing logic says that the more companies add to their software tools, the less intuitive they become. However, I think HubSpot has managed to buck that trend.

While I believe there is tremendous value in working with a HubSpot Partner to configure your tech stack because of the experience we have with the system, the software is still incredibly intuitive – even for a novice user.

The thing I hear most often about Salesforce is that it is so clunky and hard to use. I never hear that about HubSpot – though it is still true that the more complicated your operations, the more complex your HubSpot experience will be as well.

The Little Software that Can

There is so much new functionality within HubSpot that I would absolutely have loved to use back then – and that I hope you're using now.

I would also have died for the Social Media Scheduler, which was just rolling out of beta as I was moving on from that job.

And then there are Templates, and Documents, and the Meeting Scheduler ... okay, so much great stuff!!! 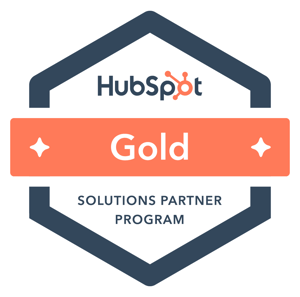 That's the underlying reason why Strategic Piece chooses to be a HubSpot Partner. It's such a powerful resource for so many companies of every size, from startup to enterprise.

If you are considering becoming a HubSpot customer, we'd love to help you review the software and see whether it would be a good fit for your organization.

If you are already using HubSpot, we can help you wrap your arms around it, optimize your implementation, and get the most value from your investment.