As the year – and, indeed, the decade – draws to a close, we are inevitably pulled into conversations about New Year’s resolutions. Some people take this very seriously. Others treat the whole thing as a joke, which is understandable when the weight of evidence shows little is to be gained by making such proclamations.

We’d like to suggest a small typographical edit and a dose of intentionality as you tie a bow on 2019 and look forward to the 2020s. 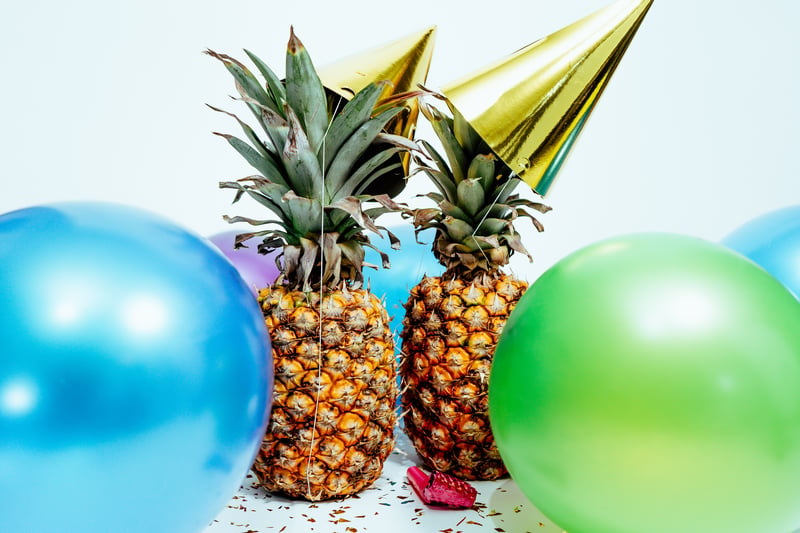 You've probably been in strategy and planning meetings for work, so it's time to look to other parts of your life to make sure you're building the life you want, not just an amazing company.

When thinking about New Year's Resolutions, Why not drop the “re” and focus instead on New Year’s Solutions? Or, even better... drop the "re" and the "s" and focus on a New Year's Solution.

I'm as guilty as anyone of having started many a new year with stoic determination to tackle, once and for all, whatever goals I’ve failed to reach during the year gone by, while also setting new ones. Then, by twist and turn of fate (otherwise known as everyday life), I find myself losing focus, making excuses, and falling short of the mark.

Even following goal setting best practices doesn’t always seem to help. We limit our aspirations to a few, specific, measurable, attainable goals. Yet, still they elude us.

Part of the problem is the shear difficulty of predicting with any great accuracy what will happen to us in the twelve months ahead. Unless you live an exceptionally repeatable and predictable life – not something we typically associate with entrepreneurs and others in the growth-stage business world – you’ll have better luck calling dice rolls in Las Vegas.

Life simply throws too many unexpected developments at us for the past to be a reliable predictor of even the relatively near-term future.

Small wonder, then, that we have difficulty keeping ambitious promises requiring a good deal of our attention and self-control.

Another recurring issue that we’ve noticed is a promise without a plan.

We stress the importance of setting a vision for your company, you should also have one for your life. At a company, ideas abound and execution is what can determine the life or death of your company. Execution is also key in meeting personal goals.

It’s all very well resolving to hit some lofty goal but how are you going to get there? I’m going to lose twenty pounds. Okay, sounds good. But how?

You’re probably thinking: ‘I’d never do that. I’d set myself a goal of eating less than 2,000 calories each day and going to the gym at least four times each week. Those are leading indicators and something I can measure and track.’

Yes! We wholeheartedly agree. But does that really mean you’re going to get there?

Whether your nemesis is a goal related to health, wealth, self-care, education, relationships, or something else, simply writing down the measurable indicators of success can help, but it doesn’t make it achievable.

There’s something deeper-rooted that you’ll need to identify and tackle. Something more ingrained in your behavior, lifestyle, belief system, or world view.

The third obstacle standing in our way is that we need to start thinking of our goals in terms of trade-offs.

We're in the midst of reading Essentialism: The Disciplined Pursuit of Less by Greg McKeown, who has an entire chapter on understanding trade-offs. I particularly liked this excerpt:

It is easy to see why it's so tempting to deny the reality of trade-offs. After all, by definition, a trade-off involves two things we want. Do you want more pay or more vacation time? Do you want to finish this next email or be on time to your meeting? Do you want it done faster or better? Obviously, when faced with the choice between two things we want, the preferred answer is yes to both. But as much as we'd like to, we simply cannot have it all.

A Nonessentialist approaches every trade-off by asking, "How can I do both?" Essentialists ask the tougher but ultimately more liberating question, "Which problem do I want?" 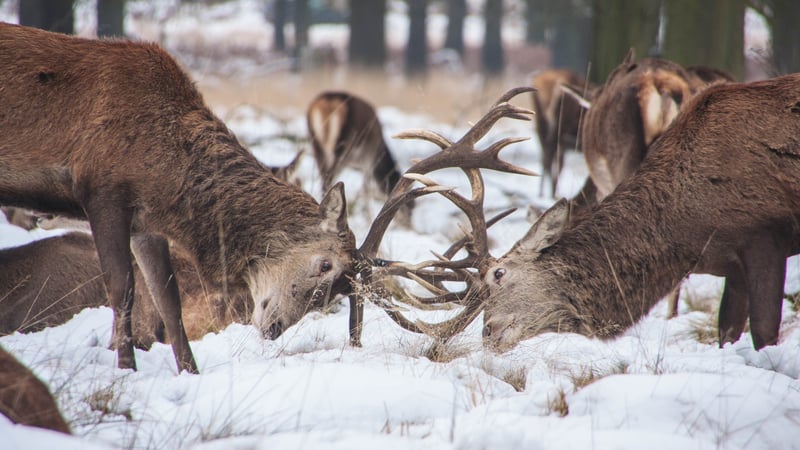 Solving a challenge doesn’t just let you cross it off this year’s list. It solves it for good, removing it from every list – assuming, of course, that you don’t reverse the solution and recreate the problem somewhere down the road.

To achieve such a thing requires two main ingredients: understanding where the problem really lies and figuring out how to make it change.

The first part requires diagnosis. This is often short-changed and thought to be the ‘easy’ part compared to formulating solutions.

Diagnosing what’s really causing us to miss goals and under-deliver on our promises can be painful and hard. It can require detailed self-examination and, on occasion, confronting internal demons that we’d much sooner keep locked away deep in our subconscious. 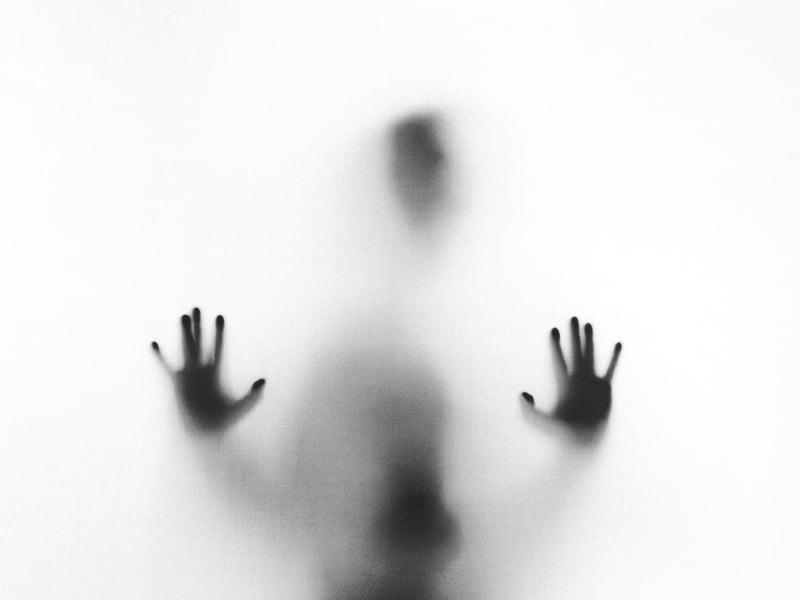 A couple of quick notes before we proceed: it’s okay to let sleeping demons lie and it’s also a great idea to seek professional help. Therapy isn’t just for people who find themselves in a dark or destructive place; anyone can benefit from it at any time.

Pick one goal that, if attained, will make a really big, positive difference to your life. It might even be one of those goals that, once achieved, opens the door to hitting a lot of the other goals on your list. Then, dig into its genetic code to figure out why you have such a hard time making it a reality.

Returning to our popular example, losing weight, we might ask ourselves what it is that prevents us from sticking to a 2,000 calories-per-day diet or diverts us from hitting the gym as often as we had planned.

Naturally, there are a hundred-and-one possible reasons in combinations unique to each of us. Armed with our lists, we then dig deeper. What causes those factors to arise or prevents us from overcoming them?

You’ve probably written out a litany of contributing factors that gang up against your New Year’s resolve and eventually defeat it. But that doesn’t mean each of those factors has to be eliminated to achieve a new outcome.

Rank the factors you’ve listed from ‘happens all the time and always gets me’ to ‘only rarely happens and I only occasionally fall into its trap’.

With a bit of luck, there are a few critical triggers at the ‘always gets me’ end of your list that we can label the gang leaders. The others are scrawny, ill-intentioned creatures but probably won’t ambush your resolve.

Focus on eliminating the most troublesome root causes and there’s a good chance your resolve will be strong enough to ward off the rest of them on its own.

The second part – figuring out solutions – is easier to attempt now that you’re trying to resolve a few, tightly defined trigger factors and not the whole ball of wax that was your original challenge.

You might come up with simple, readily implemented solutions without much more effort.

Take a full water bottle with me to the office so that I don’t ever have to visit the break room water cooler, which means I’ll not see the donuts that vendors insist on delivering three times a week.

Turn off the TV as soon as the credits roll for the show that ends right before nine, so that I pick up my book and read for an hour without seeing the start of the next show and ending up watching that instead.

Before launching Outlook and checking my email, spend twenty minutes writing in my journal followed by ten minutes prioritizing my to-do list.

Hopefully you get the idea.

If there’s a particularly thorny issue to which you simply can’t fathom a workaround, turn to your peers for help. Post a question on social media or in a discussion forum for people with similar life goals. It’s highly likely that someone else is tackling – or, better still, has already tackled – the same challenge.

Finally, write down the steps you’re going to take and implement your New Year’s Solution. It might look something like this:

GOAL
Lose twenty pounds and keep the weight off

KEYS
Eat less than 2,000 calories per day, on average
Get at least 30 minutes of exercise, at least four times per week

SOLUTION
Take full water bottle to work and avoid visiting the break room
Limit alcoholic beverages to Fridays and Saturdays only
Get up 45 minutes earlier on Mon, Weds, and Fri and go for a 3-mile walk before getting ready for work

HOW MANY AND HOW OFTEN?

How many New Year’s Solutions should you set?

Why not start with one? If you are successful in implementing that solution and you’re confident that the changes will stick, you can repeat the diagnosis process for a second life goal and tackle it as well. 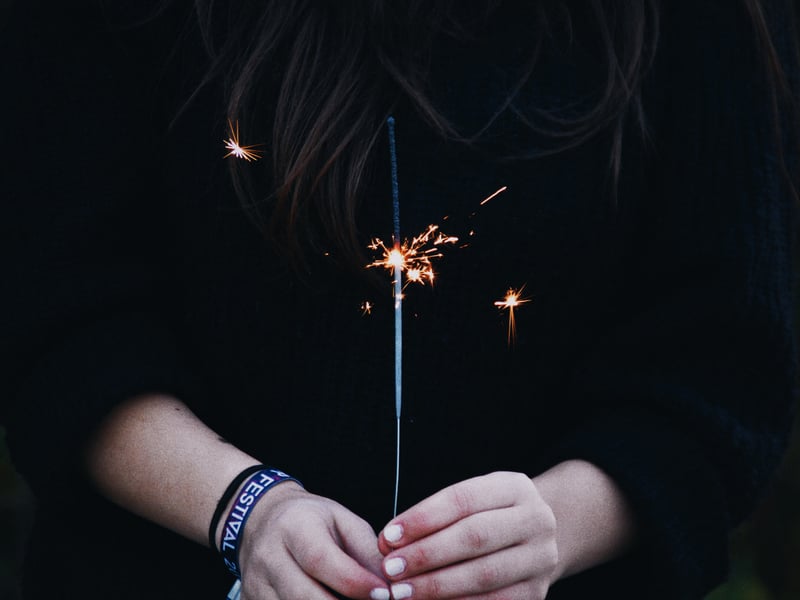 Let's face it, if you are the founder of an early-stage company, or a CEO hired to grow an existing business, you probably allocate a large amount of your day to your professional life. We encourage you to not abandon all personal goals, but get really clear about what matters, and celebrate the single biggest thing you can improve outside of work.

A word of caution: habits take months, not days, to break and re-make. Even if you’ve diligently implemented your first NYS and are delighted by the results, don’t declare victory too soon. Stick with your solutions for the long haul.

Which also means be kind to yourself. Don’t pile on another grand challenge until those solutions have truly become ‘the way I always do things’, giving your life and brain enough bandwidth to focus on a new set of behavioral battles.

At the other end of the spectrum, there’s no need to wait 365 days to tackle another goal, either. Just because you’ve mastered your New Year’s Solution by May doesn’t mean you can hit cruise control until December!

Whenever the time is right for you, go back to the beginning, pick out your next most important goal, diagnose the factors causing you to repeatedly fail to reach it, identify the gang leaders, and tackle them.

If it helps to give the new challenge a label, then do so. Perhaps we should all try for a Mid Year’s Solution as well so that we tackle at least two hairy goals each year?