When I set my personal goals for 2020, I wanted to find an enjoyable way of diversifying my daily content intake. After considering a few possible sources, I realized that a great solution has been growing organically since 1984 under the nonprofit, nonpartisan banner: TED.

In case you somehow haven’t encountered TED before, it’s a global community dedicated to spreading ideas in the form of short, impactful talks covering almost any topic you can imagine.

The organizers “believe passionately in the power of ideas to change attitudes, lives and, ultimately, the world” and are “building a clearinghouse of free knowledge from the world’s most inspired thinkers […] and a community of curious souls to engage with ideas and each other”. 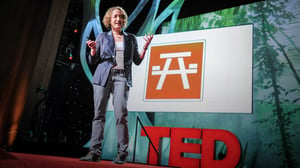 My goal is to watch one TED talk each day in 2020, on topics sparked by my curiosity or recommended by the TED editors.

In this edition of SPT, I’m going to share some of my favorites from the 91 talks I watched in the first quarter, organized under a few general headings for ease of reference. Hopefully, something here will speak to your “curious soul” and provide you with a few minutes of enlightened respite from the relentless soul-searching that recent global developments have incited.

On Being Wrong
Kathryn Schulz, TED 2011 Long Beach, March 2011
We spend much of our life trapped in a bubble of “being right”, assuming others are ignorant, stupid, or evil. Paraphrasing Aristotle: “I err therefore I am”.

Are We in Control of Our Own Decisions?
Dan Ariely, Best of the Web: EG 2008 Monterey, December 2008
Intuition fools us in repeatable, predictable, observable ways — especially in the cognitive domain — and we should design for this!

Everything You Hear on Film is a Lie
Tasos Frantzolas, TED|x Athens, February 2016
Our brains are easily fooled by what we hear. A professional sound designer explains how on- and off-screen sounds built on deception are used to create atmosphere.

How Do You Build a Sacred Space?
Siamak Hariri, TEDNYC New York City, March 2017
What makes a sacred space in a secular world? The architect of the Bahá'í Temple in Penalolen, Chile explains how it captures the movement of sun throughout the day.

The Tribes We Lead
Seth Godin, TED 2009 Long Beach, February 2009
The internet has revived a human social unit from the past: tribes. A new age of marketing is connecting true believers around a yearning to create a movement.

How to Build a Business that Lasts 100 Years
Martin Reeves, TED@BCG Paris, May 2016
With company life spans dropping, think biologically and consider features of the human immune system that might be applied to build a resilient business.

An Economic Case for Protecting the Planet
Naoko Ishii, TEDGlobal New York City, September 2017
The mission to protect our finite shared resources — known as the Global Commons — is vital to our survival.  A persuasive argument for changing our economic systems.

How Electroshock Therapy Changed Me
Sherwin Nuland, TED 2001 Monterey, February 2001
Phenomenally candid account by a neurosurgeon who received electroshock therapy in a last-ditch attempt to save him from life-threatening depression.

The Beautiful, Mysterious Science of How You Hear
Jim Hudspeth, TED@NAS Washington DC, November 2019
The human ear detects and interprets sound waves that change air pressure by only a few billionths of its atmospheric level.  Science is just beginning to discover how.

The Perks of Being a Pirate
Tom Nash, TED|x Sydney, May 2019
A humorous and thought-provoking talk on the advantages of becoming disabled, being honest about one’s weaknesses, and learning to adapt.

Do Schools Kill Creativity?
Ken Robinson, TED 2006 Monterey, February 2006
A passionate yet humorous call for the creation of an educational system that nurtures creativity and acknowledges multiple types of intelligence.

Photo by Kathryn Schulz on Ted.com