When I set my personal goals for 2020, I hatched a plan to diversify my daily content intake by watching one TED talk each day in 2020 – on topics sparked by my curiosity or recommended by the TED editors.

In early April, I wrote a SPT post sharing some of my favorites from the 91 talks I watched in the first quarter. Today, I’m doing the same for talks I’ve watched in Q2. (Full disclosure: I was 6 talks behind my target at mid-year, so some catch-up watching will be in order this month!) 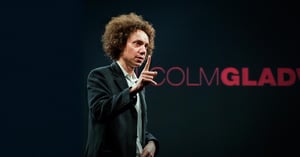 Hopefully, something here will provide you with a few minutes of entertainment and education as we continue to WFH and wonder when this rollercoaster ride will end – and what the world will look like when it does.

Halfway through the year, I’m delighted to have embarked on this challenge. It guarantees me a mental change of pace when work is feeling heavy. I’ve also gained actionable ideas, new insights into global issues, and a renewed sense that humanity is, overall, biased toward improving its collective lot rather than threatening its own existence.

Let’s Use Video to Reinvent Education
Sal Kahn, TED 2011 Long Beach, March 2011
Back in 2011, Kahn called for teachers to ‘flip the script’, giving students video lectures to watch at home and then doing ‘homework’ in the classroom with the teacher available to help. (Thankfully, he created Khan Academy, which my kids have used extensively while their school has been closed due to COVID-19).

The Paradox of Choice
Barry Schwartz, TED Global, Oxford, July 2005
A psychologist takes aim at a central tenet of western societies: freedom of choice. He argues that more choice has made us not freer but more paralyzed, not happier but more dissatisfied. We need to think differently about choice, freedom, and welfare.

Our Buggy Moral Code
Dan Ariely, TED 2009, Long Beach, February 2009
Clever experiments show how we're predictably irrational and can be influenced in ways we don't realize – including cheating more if we see an insider do it than if we see an outsider do the same thing.

How Photography Connects Us
David Griffin, TED 2008 Monterrey, February 2008
The photographic director for Nat Geo discusses the power of photography to connect us to our world, supported by amazing examples of his work.

You Are Not Alone in Your Loneliness
Jonny Sun, TED 2019, Vancouver, April 2019
Being open and vulnerable with loneliness can help people feel less alone. Sun uses his signature illustrations to tell stories about feeling like an outsider.

A Kinder, Gentler Philosophy of Success
Alain de Botton, TED Global 2009, Oxford, July 2009
A humorous examination of success and failure, the assumptions underlying these two judgements, and the case for finding true pleasure in our work.

Ten Ways to Have a Better Conversation
Celeste Headlee, TED|x Creative Coast, Savannah, May 2015
A radio host shares her ten rules for better conversations, which sum up to honesty, brevity, clarity, and listening.

Stop Being a Bystander in Your Own Life
Tracy Edwards, TED 2020, Virtual, May 2020
A sailing legend, Edwards went from teenage misfit to skipper of the first all-female crew in the round-the-world yacht race.

How Conscious Investors Can Turn Up the Heat and Make Companies Change
Vinay Shandal, TED@BCG, Toronto, October 2018
A funny yet urgent discussion of how individuals and institutions can put pressure on companies to drive positive change.

Why Sneakers are a Great Investment
Josh Luber, TED@IBM, San Francisco, October 2015
A view into the complicated, unregulated secondary market for rare and limited-edition sneakers, which is dominated by Nike but could be a working prototype for a ‘stock market of commerce’.

How to Run a Company With (Almost) No Rules
Ricardo Semler, TED Global, Rio de Janeiro, October 2014
Remarkable story of a Brazilian CEO who practices radical corporate democracy to promote work-life balance and has extended the idea to redesign schools.

How You Can Use Imposter Syndrome to Your Benefit
Mike Cannon-Brookes, TED|x, Sydney, June 2017
Shares how his own experiences of "impostor syndrome" helped pave the way to success and how to use it to your advantage – don't freeze, learn.

How Better Tech Could Protect Us from Distraction
Tristan Harris, TED|x, Brussels, December 2014
It takes us 23 minutes to refocus after an interruption and, thanks to technology, we self-interrupt every ~3 minutes. We need to bring back choice and think about technology that makes a net positive contribution to human life.

How We’re Using AI to Discover New Antibiotics
Jim Collins, TED 2020, Virtual Prequel, April 2020
AI is being combined with synthetic biology to help combat the looming crisis of antibiotic-resistant infections. The Audacious Project aims to discover 7 new classes of antibiotic in the next 7 years.

How We Can Turn the Cold of Outer Space into a Renewable Resource
Aaswath Raman, TED 2018, Vancouver, April 2018
Remarkable technology that harnesses night-sky cooling to dramatically reduce energy consumption – and associated pollution – of air conditioning systems.

How We Discovered DNA
James Watson, TED 2005, Monterrey, February 2005
Nobel laureate, James Watson, tells the frank and funny story of how he and his research partner, Francis Crick, discovered the structure of DNA.

How to Grow a Forest in Your Back Yard
Shubhendu Sharma, TED@BCG, Paris, May 2016
How to grow 100-year-old, ultra-dense, biodiverse forests in just 10 years by engineering soil, microbes, and biomass to kickstart natural growth processes.

Photo by Malcolm Gladwell on Ted.com